The History of Bone Broth

The nutritional and medicinal properties of bone broth has long been recognized in traditional diets. The process of roasting and simmering bones in water for an extended period of time extracts a plethora of micronutrients, amino acids, and minerals resulting in a nutrient rich broth good for the whole body.

Bones & Marrow Broth Company has carefully crafted a tasty and nutritious recipe, because we believe that food is medicine….but it shouldn’t have to taste like medicine! 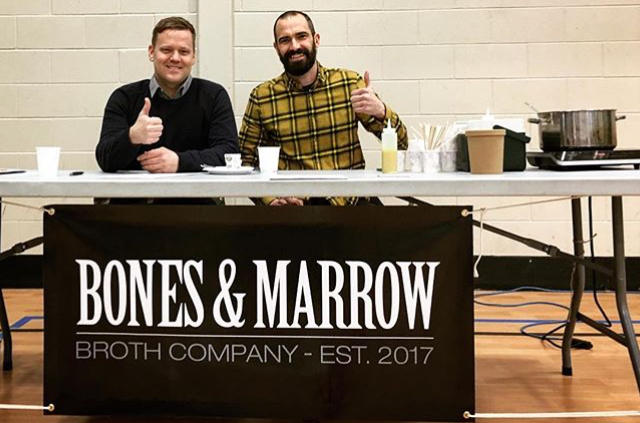 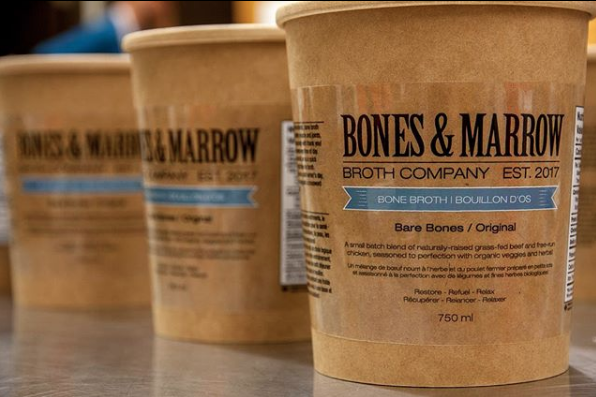 The Men behind the Marrow

Meet Ryan Wiebe, known to most around him as “Chez”, a nickname traced back to his university volleyball days. Ryan learned about the benefits of bone broth and the need for a local option from his wife, Dr. Melanie Leppelmann, who is a Naturopathic Doctor.

One day a client of Nature Doctors, who was on an anti-inflammatory diet protocol reached out to Ryan and asked if he’d make bone broth for her. She had been unhappy with options on the local shelves and  as a working professional was far too busy to tend a stock for 16 hours.  And so began his journey into the world of broth.

Meanwhile Shawn Vidal, a long time member of the Winnipeg music scene and budding local chef, had his eyes set on making his stamp in the local food scene. After just missing out on the cold-pressed juice craze an idea started to simmer in the back on his head for a hot broth bar.

Being best friends and neighbours it was only a matter of time until they both realized they were on to the same idea. Instead of becoming competitors the obvious choice was to join forces and create Bones & Marrow Broth Company.

Dr. Melanie Leppelmann (ND) graduated from University of Manitoba with a degree in Environmental Science in 2002. She then attended the Canadian College of Naturopathic Medicine in Toronto and completed a four year Naturopathic medical degree which included studies in physiology, anatomy, pharmacology, pathology, histology, microbiology, biochemistry, nutrition, lab diagnostics, physical medicine, herbal and botanical medicine, acupuncture, homeopathy, and hydrotherapy, as well as an extensive clinical practicum.

She returned home where she has been practicing as a Naturopathic Doctor for the last 10 years. She is currently an associate and practices at Nature Doctors, located on Waverley in Winnipeg, Manitoba.

She acts as an advisor for all matters of sourcing ingredients, cooking processes, packaging, and all things nutrition and health related. She often attends demonstrations and information evenings speaking to the health benefits that bone broth can provide as part of a healthy lifestyle and nutritional plan.

Bones & Marrow Broth Company is a proud family run Manitoba company. We looked to partner with a handful of exceptional people who could benefit from bone broth who share the same value and love of Winnipeg.

A local superhero disguised a regular working man! Terry works as  general contractor by day, trains like a beast in the gym in the evening and competes in  amateur Spartan Races across North America on the weekends.

On top of that he is one of the nicest guys and a huge proponent and supporter of local business. Bones & Marrow is thrilled to be partnered with him.

Joanne, or as we refer to her as Patient Zero, was Bones & Marrow’s first customer…even before the formal business ever existed.

Joanne was prescribed an anti-inflammatory diet protocol which included bone broth to deal with a GI issue. Along with an improvement in that issue her colleagues in the beauty and wellness world kept commenting on how good her skin and hair was looking. After putting two and two together she deduced  it was the daily consumption of bone broth that was doing the trick. As an owner of Colours Beauty & Wellness she began an avid supporter of our product for her client base.

Bryan Goertz is a legend in the local coffee culture and is the owner and operator of Winnipeg’s newest and finest location, Grey Owl Coffee and Pub.  After breaking his jaw in an automobile accident, Bryan learned the hard way of the nutritional benefits of bone broth as he sipped broth through a straw for several months.

Aware that broth-by-the-cup is a growing phenomena in trend setting places like Brooklyn and Seattle, Bryan felt Grey Owl Coffee and Pub would be a natural place to launch the concept in Winnipeg. 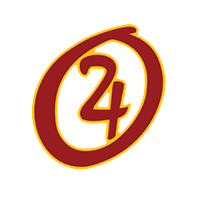 An elite local youth volleyball club that always looks for an edge over the competition. As part of their strength, conditioning, and nutritional plan they provide every athlete with Bones & Marrow Bone Broth. 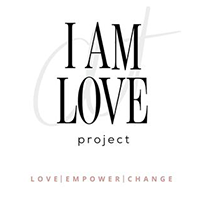 I am Love Project

Amy Tung had a vision to create a chain of love where there is no beginning and no end. Every month she organizes a pop-up yoga session aimed to raise funds for local charities that make a real difference in the local community.

Bones & Marrow has provided samples and door prizes for I am Love Project events. Such an honour to even be a small part of such a great initiative. 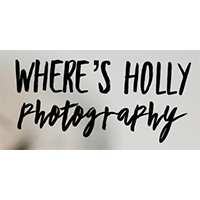 Holly Thorne is a gifted freelance photographer and social media advisor with experience working with Food and Beverage Manitoba.  We are so grateful to have access to her expertise.

Check out her website for incredible prints for sale as well as details on how to book her photography services. Great rates with incredible results! 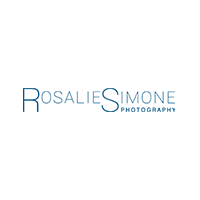 It only took one look at Rosalie’s food photography to know she was someone we’d love to work with. Lucky for us she felt the same way after tasting our broth!